Tobacco Road (1933)
by Jack Kirkland
based on the novel by Erskine Caldwell
3,182 Performances
Over the course of its long run, Tobacco Road was accused not just of depicting degeneracy, but of contributing to it. Some local authorities tried to prevent audiences from seeing the play on the road, and the producers boasted that they kept a team of lawyers on staff to deal with injunctions against local officials who might try to prohibit performances of the touring company. The play made national headlines in 1935 when Mayor Edward H. Kelly of Chicago shut down the show after seeing it, although it had already been running in his city for seven weeks. Kelly expressed his concern about “inflicting upon the people of Chicago, including impressionable young people, a concoction so disgusting in its every aspect.” Later in the run, critics accused the play itself of degenerating, arguing that Tobacco Road might have begun as a serious or even tragic depiction of a significant social issue, but had deteriorated into a low-brow farce, played strictly for laughs. 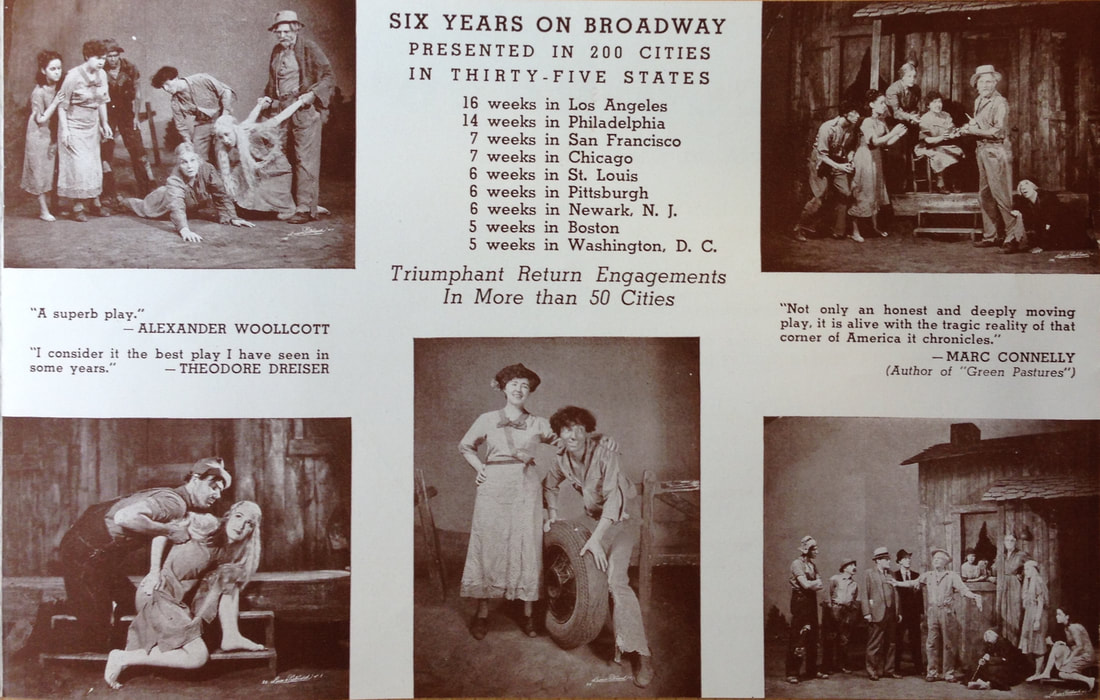