Once upon a time, Broadway produced hit plays. Not just plays that earned rave reviews and awards or “did well” at the box office. Broadway produced plays that ran for years and played to millions of people, and they did so because, in one way or another, they spoke to their cultural moment and captured the attention of a public beyond the usual theatergoing audience. In many cases, critics did not care much for these plays, and in some cases they were outright hostile toward them, even attacking the audiences who enjoyed them. In the long run, most of these plays did not withstand the test of time, all but disappearing, rarely revived, and certainly not studied with any seriousness by scholars and students of the dramatic arts.

But, as one commentator remarked upon the 2000th performance of the critically derided Abie’s Irish Rose, “A thing which can grasp the attention of so wide an audience cannot be dismissed with a careless sneer, however lacking in aesthetic value it may be.” The long-running hits of Broadway merit our appreciation and understanding, and whether we think about the American theatre as art, culture, or enterprise—and especially for those who think about it as all three—a journey into a century’s worth of hit plays can create a vibrant alternate history of the American play as part of popular culture. 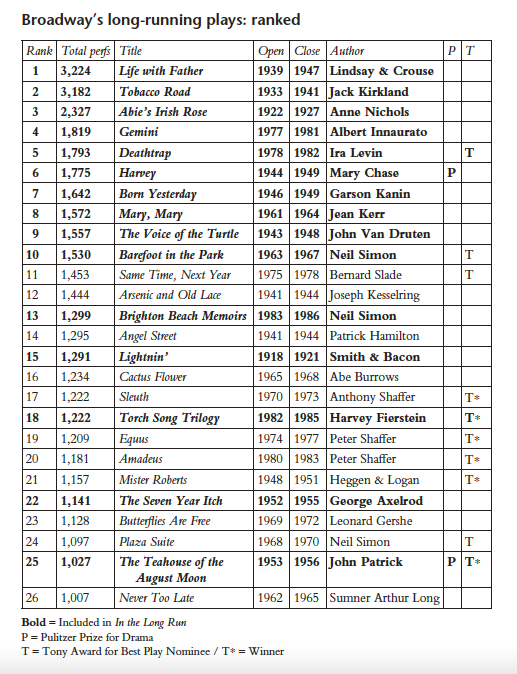 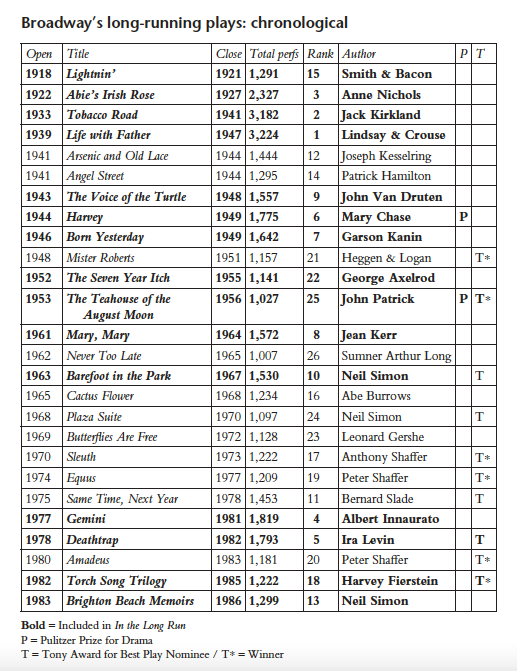